Logan Coaches will operate the first fully electric bus route on the TransLink network after winning the tender to run between Yarrabilba and the Loganlea rail station.

The route will make its first journey on June 29 and will integrate the service, which will run from the Yarrabilba Priority Development Area (PDA) to Loganlea station via Logan Village, into TransLink’s South East Queensland (SEQ) public transport network.

Developer Lendlease has supported Logan Coaches in operating a Yarrabilba bus service since 2014 to provide an early public transport option for residents of the PDA.

However customers will now be able to pay for their journey with go card, plan their travel with the TransLink journey planner and access the 24/7 TransLink contact centre.

“The first fully electric bus route on our network is an exciting milestone which demonstrates our commitment to an environmentally sustainable public transport system,” Mr Longland said

“The electric buses will be Nexport BYD, K9RA models with a low-floor, accessible body and a seating capacity of 41 passengers.

“We cannot wait to see the electric buses on the roads in Logan and I am sure our customers will enjoy travelling on them.”

Mr Longland congratulated Logan Coaches on winning the tender for the new service.

“Having Logan Coaches operate route 587 will ensure a seamless transition given they are currently running a Yarrabilba service. We look forward to welcoming them into TransLink’s SEQ public transport network,” he said.

"This will be an important service on our network, connecting residents of the Yarrabilba PDA with Loganlea station where customers can transfer to other bus services, or to rail services travelling to the Brisbane CBD or the Gold Coast.

“Connections to the broader public transport network was one of the key pieces of feedback received from Yarrabilba residents when TransLink conducted community consultation in late July and early August 2019.”

“After extensive research we have now committed to the tried and proven Nexport/BYD electric vehicles that are to be delivered later this year,” Mr Cavanagh said.

“These world class electric buses operating route 587 will demonstrate our commitment to developing a sustainable future and our support for the local community. We are proud to be a stakeholder in this venture on the TransLink network.

Nexport/BYD has a presence already in Brisbane with 11 electric buses having travelled more than 2.25 million kilometres while operating airport services.

Customers are reminded the SEQ public transport network will be cashless until the end of 2020 due to protection measures against COVID-19. Head online to the TransLink website to find your nearest go card retailer.

Visit the TransLink website or call 13 12 30, any time, for more information on public transport. 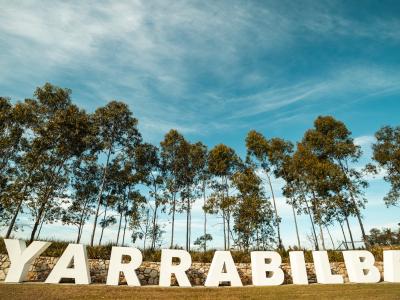